Here’s where to discuss anything specific about your standard(ish) car or something that applies to the model in general.
Post Reply
20 posts

First and foremost guys & gals, Happy New Year. Secondly, thanks for putting up with me posting so much on the forum, I feel a bit guilty. However I am right in the middle of my big rebuild and have so many questions. And here's another:

Ok, so a photo would say a thousand words and I'll try to get one asap, but stay with me. While the car was away I had been refurbishing parts ready to go back on. In some instances I refurbished whatever was there, with no idea of what the parts actually were and where they went (you'll appreciate that I took the car to bits in 1994 so my memory is a little hazy!).

Three items I recently pulled from the shed were some lovely repainted bulkhead blanking panels. They are thin sheets of steel, about 6" across and 3" high, with a (new) thin foam backing. Two of them fit to the engine bay side of the bulkhead via two screws over apertures in the far corners of the engine bay, one pretty much behind the brake servo/cylinder and one in the opposite location somewhere behind the battery/wiper motor. This is said for a RHD car.

However, I have a third one and I have no idea where it goes and have looked everywhere for possibilities. It is about the same size and shape as the others, although this one has cut-out in the metal but not the foam. If I turn it on its head, the metal shape looks like a squared off "C", although the foam covers the "missing" part. Am I making any sense?

It must have come off the car originally, otherwise I wouldn't have it in my spares possession.

I think I need to post a photo! But in the meantime, any ideas? There's a trivia question!

The plate without the recess is a blanking plate for the aperture behind the battery: 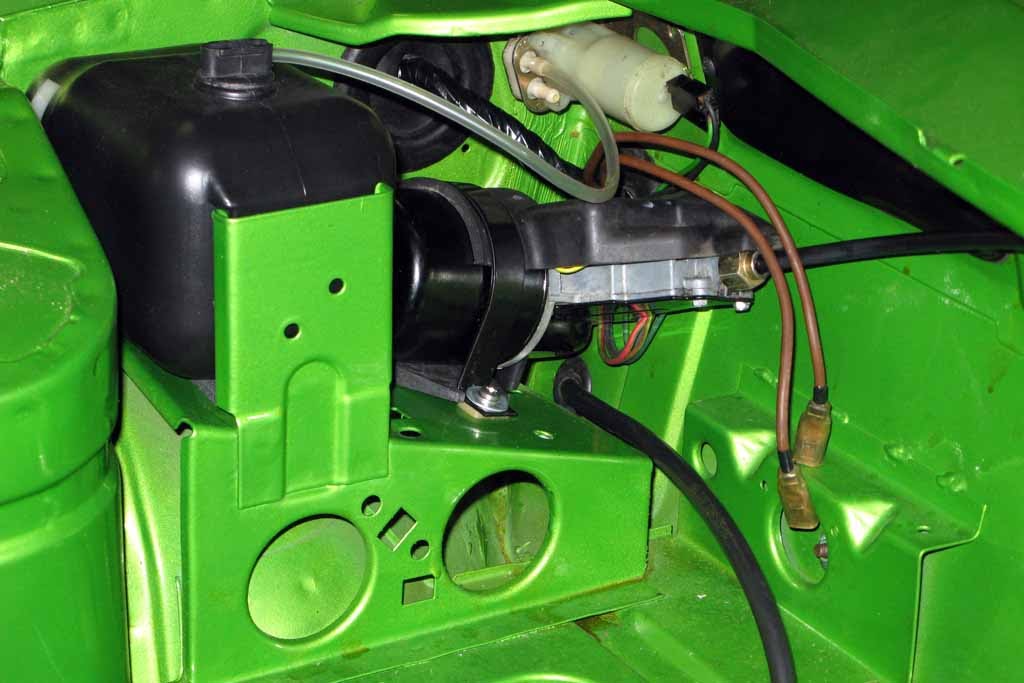 The plate with the rectangular recess is for the aperture behind the servo. The aperture is for the wiper mechanism to pass through: 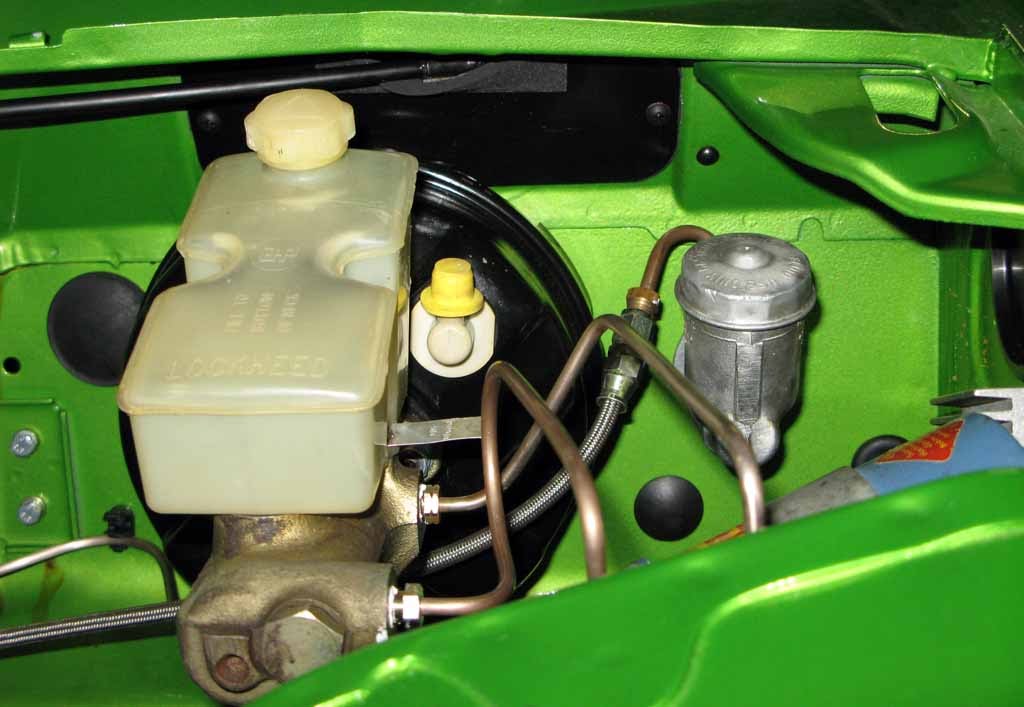 In the before/after picture below both plates are visible in the top middle:

The pictures are from a LHD car, so look in a mirror

Aha! Thanks Beans. Looks like I have two of the full blank, and one of the type for the wipers. How I managed that I have no idea!

Firstly, just in case I wouldn't throw anything away, certainly at this point.

Thx, but I'll stick with my weblog

FI Spyder wrote:Firstly, just in case I wouldn't throw anything away, certainly at this point.

Secondly, Theo should write a book. I don't think any one has the photo graphic and personal experience of a top shelf restoration of a TR7 that he has.

Ha, that's funny. We should do a TV show called "Ask Theo". It would be a bit like the TV show "The Chase" and Theo would be the Chaser. The contestant would be shown a photo of the most obscure possible part of a TR7 and have to name it, and of course Theo would do the same. Theo the Chaser would usually win. oliviertr7 wrote: ... I was looking for the exact location of the washer pump ...

Please bear in mind that the washer pump shown is fitted using the original mounting points, but it is a non original pump (VDO - Germany) 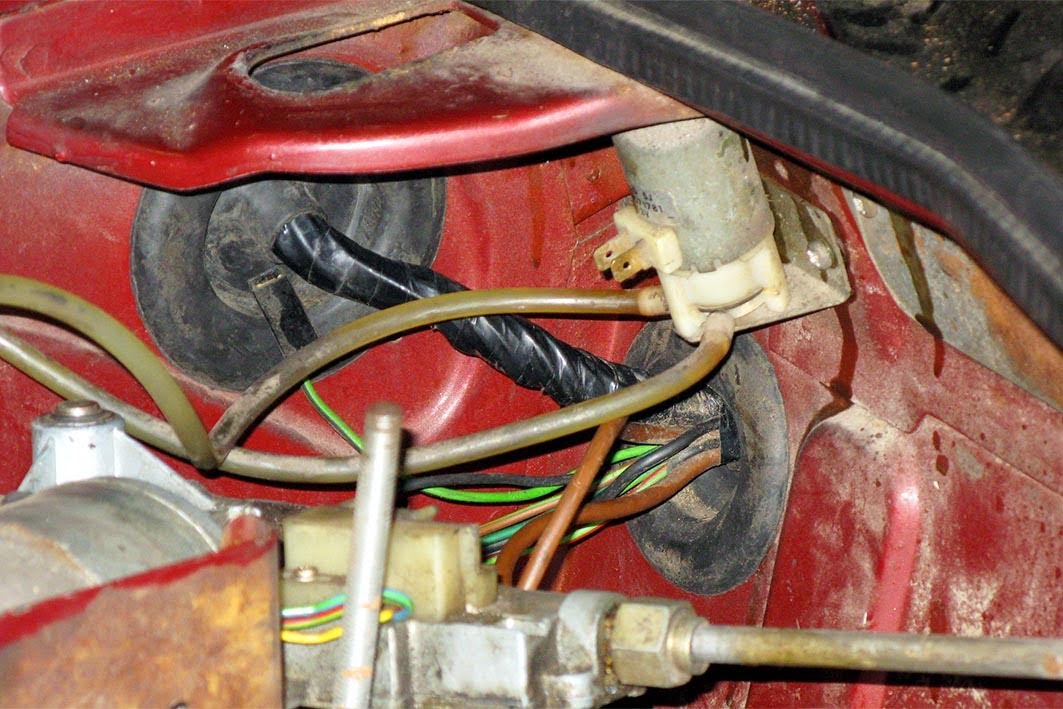 There are two brackets which fit somewhere in the front footwells, one right and one left. I only have one, and equally I am not sure what they are for or if they are strictly necessary. My dusty memory vaguely recalls them to be something to do with the manufacturing process rather than having any particular post-manufacture function. But I may be very wrong! 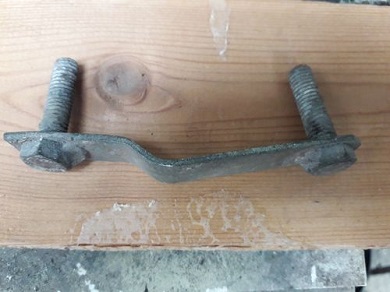 Can't let Theo have all of the fun...

I think there should be two of those for bolting from inside the car, either side of the transmission tunnel. The transmission cross-brace is held by them underneath.

Of course I could be wrong... Theo?
TR7 FHC
Top

No, you are absolutely right

Ah, got it. Quite important, then!!! Thanks guys.

Anyone got one to spare, please?

Try Robsport or S&S, they should be able to get you sorted

I had a moment of clarity today and remembered where the other one was! In a box of Bond Equipe spares, as it happened. So disaster averted.

Users browsing this forum: No registered users and 44 guests