The all purpose forum for any TR7/8 related topics.
Post Reply
7 posts • Page 1 of 1

Where are the drain holes on the subframe? I've sprayed about 250 ml of thin rust protection oil in mine and only about 1/10th of that has come out!
supercass
Top

Hi Cass
I am not sure that there are any. Here's a photo of the top and underside. Lots of holes, but once used up by the steering rack, engine mounts etc I am not sure what's left over. 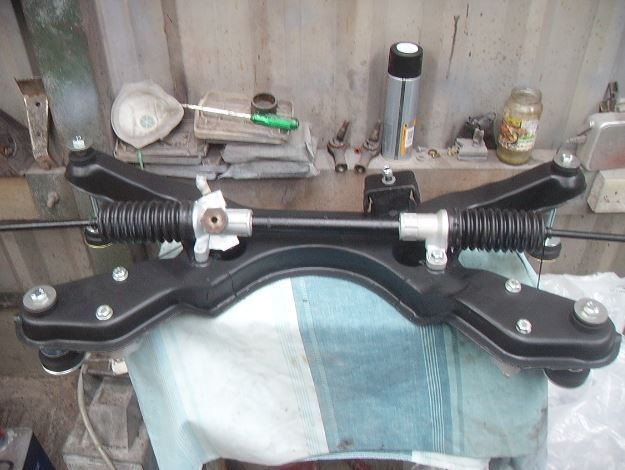 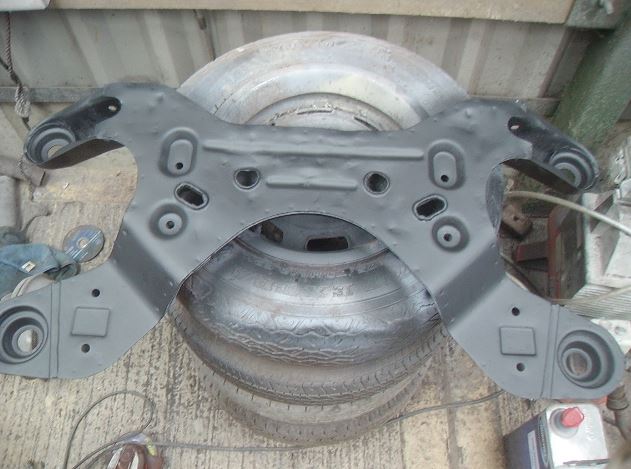 Hi John,
Thanks for your reply and photos's. Have to keep an eye on this. It could be full of water. Not surprising they go rusty!
supercass
Top

You see the four holes in the bottom. As the picture shows the mount upside down, these are at the low spots. It's a good thing that only a little came out as that means most of it is inside where it can do some good. I also sprayed waxoil in through the two holes in the front of the car to coat the inside of the inner and outer fenders. You could see the fog coming out of the two holes (square drain plugs first removed) behind the front wheel wells. I used waxoil cut with turpentine (used the low odor stuff, I used the cheaper regular stuff and it was pretty smelly for a while) to cut it and an engine cleaning spray wand hooked up to air pressure.
- - -TR7 Spider - - - 1978 Spitfire- - - - 1976 Spitfire - - 1988 Tercel 4X4 - Kali on Integra - 2013 Volt - Yellow TCT
Top

Hi Guys, I have been reading your posts for sometime and they have proved very informative, so perhaps I can add a little to this question. The four irregular holes in the centre bottom of the subframe are the drain holes. If you feel round inside each hole you will feel reinforcing vertical strips. These vertical strips continue throughout the subframe and give it it's rigidity. Without these the subframe would bend. As these are separated, rust preventer can be sprayed in. My experience is with TR8 subframes but it should not be any different to the TR7 one.
Top

They sure do go rusty, I had to change one about two years ago. Doing a bit of poking about on my DHC and found this lot. 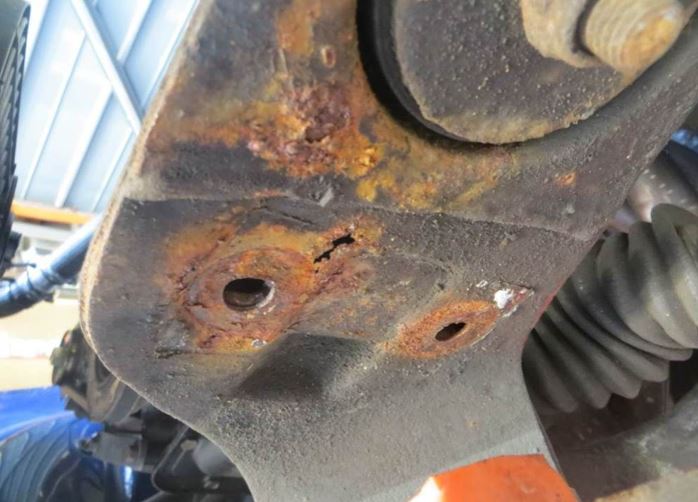 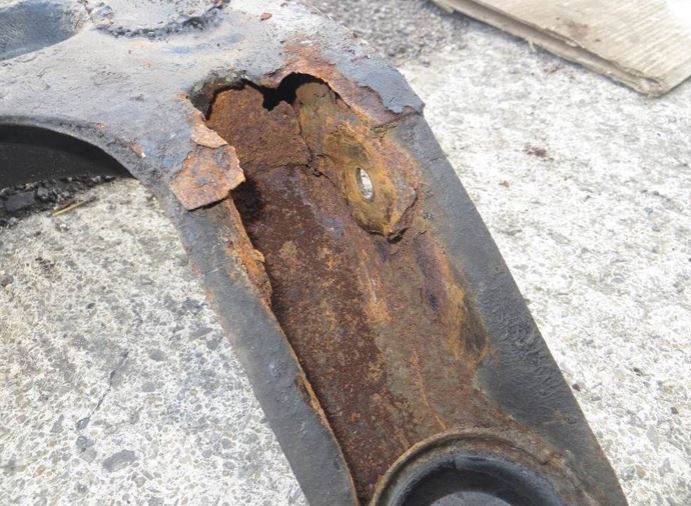 Mine looks almost new but there is a little rust at the edges where the paint seems particularly susceptible to road grit as are other parts down there for the same reason. It's been over twelve years since that stuffs been out, hopefully this winter I can get the car in (and the Tercel resto out) to pull the suspension, check the shocks, and do the rear as well. I think the rear Koni's (that have been in the car over 20 years) are making some noise and may be time to change them.
- - -TR7 Spider - - - 1978 Spitfire- - - - 1976 Spitfire - - 1988 Tercel 4X4 - Kali on Integra - 2013 Volt - Yellow TCT
Top
Post Reply
7 posts • Page 1 of 1

Users browsing this forum: No registered users and 27 guests